Today I spent my last weekend, and probably last day, at my parents' house, Club 852 (the story for the nickname- it doesn't retell well. You just HAD to be there). The house isn't going anywhere; the ownership is. On Tuesday, someone else will walk away with the keys to the place I called "home" for 34 of my 36 years. I've spent part of almost every weekend since the beginning of December going to my parents' house. At first, to visit my sick mom, who started hospice December 7, 2015. Then, to help my siblings Sheila and Mike, her full time caretakers, get some much needed time off. Finally, to get the house ready to sell after she died. Aside from throwing out some final odds and ends, it's ready to be sold, and it won't be my home any more.
Yes. I moved out. I got married. We moved from the condo into the house we own now. But my parents' house was always home. In my house with Danny and the kids, I got to decorate more to my liking, had some different rules and chose different options. But my parents' house was always there for me.
As I stood crying in the living room of Club 852 today, my brother Mike said that it was a pretty nice house. It never burned up or flew away in a tornado. It helped us host 34 small Lisle Anderson Christmases, as well as eight or ten recent Corkery Christmases.  Many Easters, Thanksgivings and a couple hundred birthdays.  Lots of family dinners, and gatherings with friends.
Our kids learned to manage stairs at Club 852, and so many people learned to play cards there, from Go Fish, to Liverpool. Danny learned more about his faith there, in small, quiet conversations with my parents. So many loved ones learned patience and acceptance there. Still others learned about Pizza Fondue.
At Club 852, Danny and I first learned that we both enjoy home improvement, but we probably shouldn't paint together. My brother Joe and Danny make a better home improvement team, as they worked together before putting the house on the market.
In the driveway, Dad taught me how to change oil in a car, and how to rotate its tires. My brother Mike thought me how to play basketball (and, how to put the cars' gearshifts to neutral so I could move them back, to make room for basketball). My brother Joe taught me that toads really only have one self defense mechanism: peeing on your hands when you pick them up. My sister Amy taught me how to drive, and my sister Sheila taught me how to train our dog Simon how to stay in the yard: by ignoring him. "Simon! We don't CARE if you run away!"
Our kids didn't take their first steps at my parents' house, but it was there that I first learned about the plane crashes of September 11th, and Call the Midwife, an excellent PBS series loved by my parents and now by Danny and me. It was from that house that my mom called me on January 17, 2014 to tell me my dad had died a few minutes earlier, and it was from that house on March 10, 2016 my sister Amy called to tell me that our mom had just died.
As you can imagine, a small house with five kids yielded more than a few fights, but when all of my siblings decided to work together to send my parents out of town in order to renovate Club 852 in 1998, we didn't fight once, all week. I'm pretty sure that's the ONLY week all five of us spent together without fighting, and it was to fix up the house for our parents. It was also in that house this year that the five of us sat down and decided what to do with everything in the house - without even a hint of drama. And ever since then, we've been painfully aware of how lucky we are, because so many siblings aren't able to have those discussions peacefully.
It was a home owned by working parents of five kids, and five grandkids. Oftentimes my parents would *just* get a tax refund or some kind of extra money, and would immediately have to put it towards a new washer or car, or something for one of the kids. It wasn't a house that was regularly updated, and it doesn't have great flow (holy CRAP! Is that place CROWDED at Christmas!!!).  It has a great backyard and two kitchens (the basement has an In Law Suite). I really hope the new owners enjoy it as much as we did.
But they won't call it Club 852. They'll have to make their own memories.
I wrote this Sunday night, and put it down to think about it a bit before posting. I'm still awake and it's technically Monday morning, June 27, 2016. Today would've been my parents' 52nd wedding anniversary. This picture is a sign that hung in the upstairs bathroom of Club 852. I saw this design online and decided to work with my siblings to personalize it, and to give it to our parents for their 49th wedding anniversary. My dad asked why they would get such a nice gift for their 49th anniversary. I said I just found the design. He joked, "Kayrene, they don't think we'll be alive to celebrate our 50th anniversary."
No. He didn't make it. And now this sign will hang somewhere in our house. To remind us of their house. 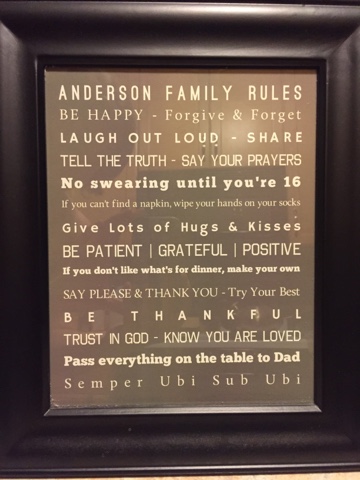 Yes, it's true I started a bunny blog! 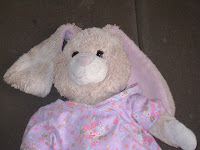 Hi this is Alice. My owners dad said I could tell everyone at Club 852 about my blog. You should visit it sometime by clicking here. Be sure to ask me a question about animals. But not about me.

Yes it's true, I started a homeschool blog.

I even have a poll about who you think might be the most obnoxious member of the Brady Bunch. WHat does that have to do with Home Schooling? Precious little. I will still post here at the 852 mansion. But I intend to be more vociferous on Home School Dad. Toodles 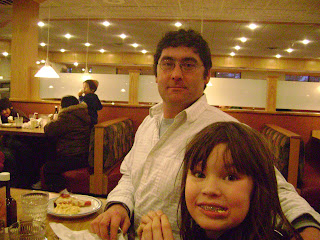 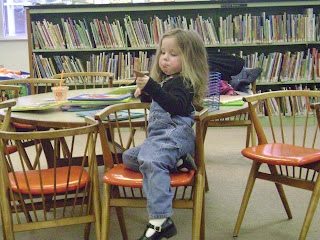 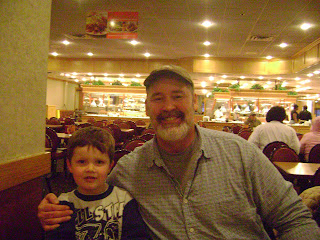 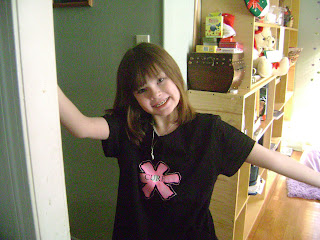 I have noticed the decline in the number of posts in the past few years at this revered sight. If you don't belive me look at the sidebar right now. Yes it says in 2006 we posted 110 times. In 2007 down to 76 times and this is just the 72nd post in 2008. Do we want someone to lose their job!!!!! Let's get posting people or there may be dire repercussions! 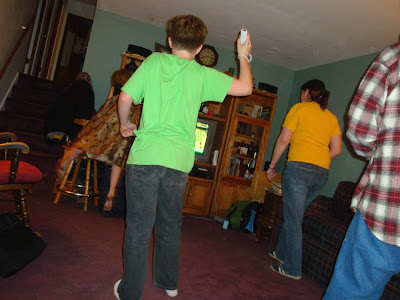 Geneveive, Jack, Eddie and I played tennis on our Wii at Club 852 for Thanksgiving. Notice Genevieve's feet...not on the floor.

Happy Thanksgiving to Lisle.
Eat your turkey in style!
Dave, Amy, Emma
Charlie, Lucy
All send you a smile :)

**Sung to the tune of "Happy Birthday to You"
Posted by Home School Dad at 9:53 AM No comments: